The Medal of the Loud

Despite the definitions of whistling as a noble act, people who report corruption are most often exposed to the various challenges that society places before them.

Most often they lose business support and are often stigmatized in society. The intention of the film is to clarify their roles and positions, but also to bring the institutional and legal framework that protects these daring people.

‘There is no whistleblowing path that is not frustrating’, says one of the protagonists, Radomir Ilic, State Secretary at the Ministry of Justice of Serbia. However, there are mechanisms and legal steps that protect whistleblowers on that road. The film is a kind of testimony to a few of the many courageous people who have discovered corruption, reported it and emerged as absolute moral winners and patrons of society.

According to the definition, a whistleblower is any person who reports or discloses information about acts within an organization which are harmful to the interest of the general public, either in the public or private sector. The aim of the film is to draw attention to the importance of the act of reporting corruption and the protection of those persons, to remove prejudices and to put this kind of fighting against corruption to the first place.

The Documentary The Medal of the Loud is produced under the auspice of the project titled Whistleblowers are Important: Raising awareness about whistleblowers in South East Europe implemented by the Regional Anti-corruption Initiative Secretariat (RAI). This project is a contribution to the implementation of the SEE2020 Strategy for South East Europe. 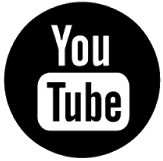