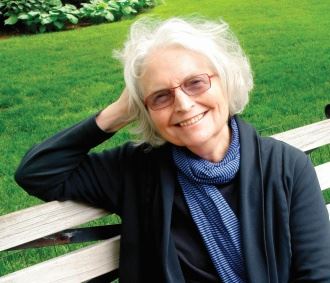 Investigative journalist and writer (via Skype)

In March 1971, Betty Medsger, then a reporter at The Washington Post, received from anonymous sources copies of files stolen from the Media, PA, FBI office the night of March 8, 1971. Of the five recipients of the files, all of them, except Medsger, gave the files to the FBI without revealing their content. Willing to go to prison for reporting on the files, she wrote the first stories about them.

They revealed that legendary and deeply respected FBI Director J. Edgar Hoover had, for nearly his half century as the most powerful U.S. appointed official, operated a vast secret FBI that destroyed the mission of the nation’s most powerful law enforcement agency by conducting massive suppression of dissent. He secretly monitored many thousands of citizens and conducted dirty tricks, some violent, against civil rights and peace activists and African-Americans in general. All black Americans were subject to ongoing surveillance by special informants hired throughout the country for that purpose.

In The Burglary: The Discovery of J. Edgar Hoover’s Secret FBI, the Media burglars, never found by the FBI despite the largest investigation in the bureau’s history until that time, were introduced to the public for the first time in 2014 and the significant impact of their burglary revealed. It is a story of how seemingly ordinary people found extraordinary courage and carried out one of the most powerful acts of non-violent resistance in American history. What they revealed transformed the public perception of the FBI and led the first congressional investigations of the FBI and all intelligence agencies and to the establishment of permanent congressional oversight of intelligence agencies. Prior to the burglary, there was no oversight of such agencies. Neither government officials nor journalists held intelligence officials accountable. It was believed they should be free to do whatever they deemed necessary.

After her career as a newspaper reporter, Medsger taught journalism and was the head of the journalism program at San Francisco State University, where she also founded the Center for the Integration and Improvement of Journalism, an organization that developed innovative ways to ethnically and racially diversify journalism. She is the author of three books and the creator of a photo book, Women at Work.