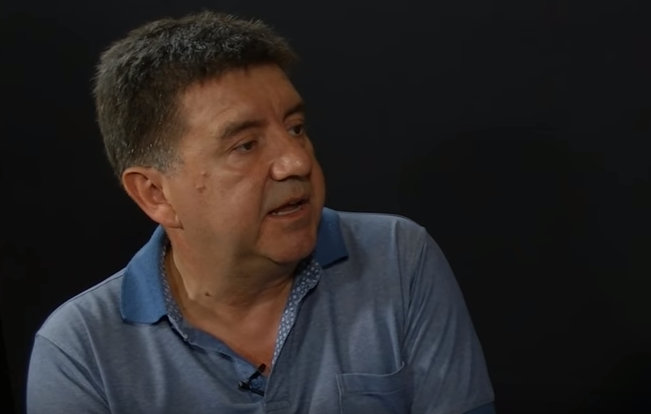 Gjorgji Lazarevski, together with colleague Zvonko Kostovski, are the people who exposed illegally wiretapped materials in Macedonia, which later become “bombs”, which SDSM party leader Zoran Zaev then published. He spent 11 months in detention, of which 10 are in solitary confinement for not accepting an agreement with the prosecution. He is literally known as the whistle blower that helped change the repressive government of Nikola Gruevski.

He was recruited directly from the faculty in 1987, in the Ministry of Interior, The office of security and counter intelligence, department for operative techniques, popular in public as UBK, 5th Sector. For a period of 19 years he had been constantly promoted to higher positions and awarded with many prizes and recognition. At 2002, after 15 years in service, he was appointed to run the whole Department for operative techniques. During 4 years on that position, he managed to improve the capacity and efficiency on all levels of the department.

In 2006, without any sense and with many elements of deliberate humiliation and mobbing, he claims to be demoted to low position inadequate to his technical skills and experience. During this time he implemented the System for control of passengers and vehicles on the borders, which was the main reason why Macedonian citizens in 2009 got chance to travel in EU without visas. He went on maintaining that system and got promotion in 2012.

In 2013, under threat and pressure, he resigned after 27 years in service. If he hadn`t resigned, he would have achieved full retirement in August 2017.