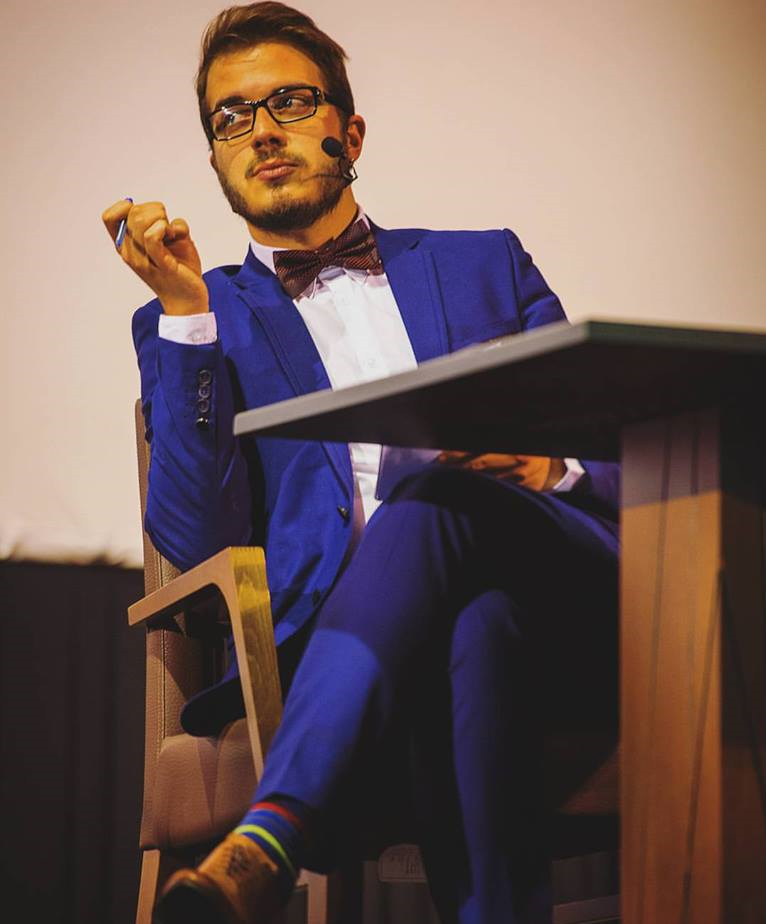 journalist and activist, moderator of IFFS

Debate: Macedonia and the fake news phenomena – did we help bring Trump in power?

Ognen Janeski is an editor, journalist, TV-host and a Human Rights activist, working at TV 24 on two daily TV-shows.

He has 19 years experience of working at several media outlets (TV, radio, newspapers and web-sites). Ognen has worked on the EU funded TV-project “Myth nEUtralizer” (2010-2012); the US Department of State’s “TV Co-Op” Fellowship in 2015/2016, on the issue of “Combating Corruption (The US experiences)”; and he has been the first Macedonian journalist in 36 years to be selected to work at the UN DPA’s “Reham Al-Farra Memorial Journalism Fellowship” (2016) at the UN headquarters in NYC, USA.Ognen received many awards, appreciations and certificates regarding his work or activism, among which are the “Green Globe” Award for eco-journalism 2017; “Earth Hour”-s Media Ambassador for Macedonia 2016-2017 & 2017-2018; LGBT’s “Ally of the Year 2016”; EBRD’s Second Prize on Best Media Coverage on Sustainable Energy Issues 2012; “Golden Drill 2014” for his columns and “Best Speaker of the Macedonian Language” 2014.

He partly works as a Columnist, PR and a Trainer/Lecturer of NGO-s.